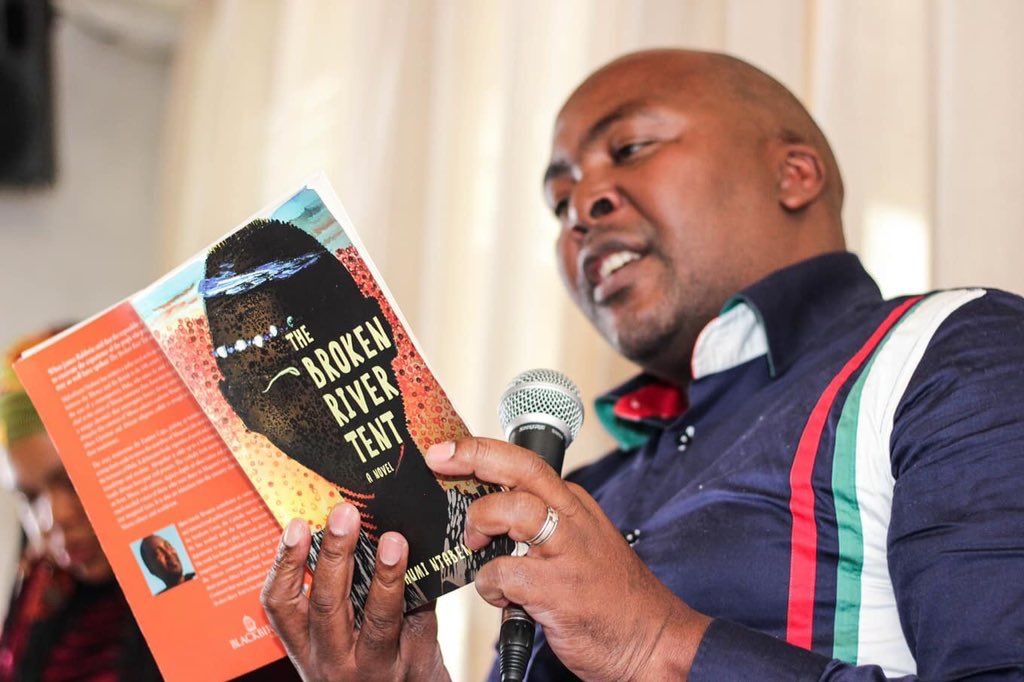 Mphuthumi Ntabeni contributes to various national and international publications, The Bulletin of the National Library of South Africa, The Johannesburg Review of Books. He also writes a column for the The Southern Cross and Spotlight.Africa. His historical novel, The Broken River Tent, has won the University of Johannesburg’s Debut Prize for South African writing in English. The Broken River Tent is also long-listed for the Sunday Times Literature Prize 2019 for fiction (Barry Ronge Prize).

Ntabeni was also one of six writers from the African continent included in the collection of short stories, Africa Fresh! New Voices From The First Continent that was published in the US. He has worked with the Rhodes University Drama department to stage two plays which he wrote about the life and times of the Xhosa chiefs, Maqoma and his half brother Sandile that were featured on the South Africa’s National Arts Festival. He is trained in the economics of built environment, reads history and literature as something more than a hobby. He’s particularly passionate about the South African Frontier history and the wars of land dispossession.

Ntabeni lives in Cape Town, South Africa, and is married with children. He likes hiking, fishing and playing tennis, and forces himself to run in order to avoid going to the gym.

Don't Upset ooMalume: A Guide to Stepping Up Your Xhosa Game

This book respects the complexities of first hand experience of an immigrant without overlooking, or